There are a total of 17 users online now:

Visit the forums for the details or to leave a comment.

Orders will go out within 5-7 days after placing them. Got order notes? Send Starchaser a PM.

Demoscene music consumer since a teenager around 1996, or before, since I had already played games featuring scene music before I discovered the amazing world of .mod, .xm, .s3m, .mtm, .ult, etc.... Never composed or attended any scene parties/events, but have just listened for 20+ years. Having traveled, studied, or worked in close to 40 countries over the years, including many in Africa and the Middle East, Nectarine has been a reliable companion wherever Internet has been available. What an amazing cultural treasure Demoscene music is, so unknown to most, but probably having had a very far-reaching impact on many forms of mainstream music. May Demoscene music always live on forever!

Shame on the hacker, we will never forget what you did to this lovely virtual community...

The Demoscene community exists as a collective consciousness—blur your eyes while looking at the image of the logged on users and you'll see the face of the enlightened one: 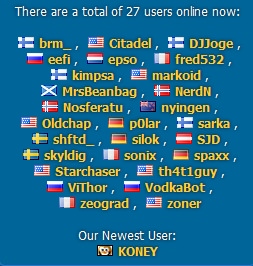 Great image by Salinga—deserves to be remembered: 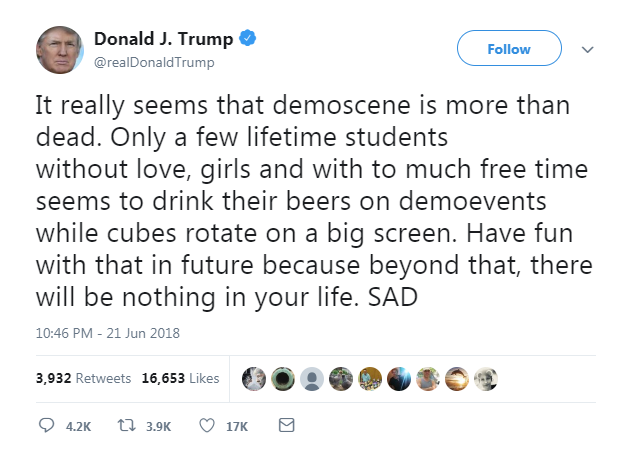